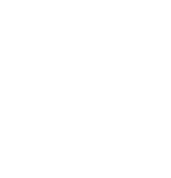 Pablo Rovira Campderrós, founder of the family business, starts manufacturing water regulators (gauges) and establishes the company in the town of Vallirana (Barcelona).

At the start of the 20th century the first wall, water basin and shower taps were the main products to be manufactured and sold locally. As new requirements emerged and technology progressed new pieces were manufactured. At the start of the 1950’s they started working on a single-lever hot and cold water mixer. This because a reality in 1959 with the Paris Mixer.

During this period they started specialising in bathroom taps, and more specifically in the design of parts that were adapted to the everevolving bathrooms. Contemporary and functional designs have been the focus of our creations to the present day.